This holiday season, Write Vault introduces, Ms. Kringle, a junior at North Pole High. She has cheerfully offered crucial and important advice for writers of any genre and any medium. GET AN EDITOR!

You may have heard about the revolution in the book industry that began only a few short years ago. Thanks to digital publishing platforms such as Amazon’s Kindle Direct Publishing (KDP), it has never been easier to write a book and make it available to paying customers all over the world in a matter of minutes, all without having to first win the approval of an agent or traditional publisher.

This great power, like a radioactive spider bite, comes with a modicum of responsibility. While self-published ebooks have become significantly more accepted by the general reading public than they once were, one stigma remains: Too many are plagued with typos and poor grammar, making readers sorry they gambled on an unproven author. This not only hurts your sales, but makes it harder for the less lazy independent authors to convince readers to give them a try. Self-publishing, by its very nature, requires a do-it-yourself temperament. You don’t have a staff of Madison Avenue pros to handle your marketing, for example, so you take to social media like a one-man band. On the other hand, if you have no artistic skills, you respect the need to bring in an outsider to design a killer cover. But you, the writer, are solely responsible for the words on the virtual page. Why spend money on an editor?

First, even if your day job is a professional proofreader for Time magazine, when you read your own work back to yourself, you will tend to see what you know should be on the page rather than what is or isn’t, thus missing many errors. But proofreading is not the primary goal of editing.

Editors help make your writing clear and consistent. They will point out mistakes you missed because you didn’t know they were mistakes. Common mistakes like split infinitives (“to boldly go”) or “mute” points (the correct word is “moot”).

The word “like” is commonly misused as a conjunction, as in “The sad little polar bear looked like he hadn’t bathed in a week.” Even though that sounds perfectly acceptable in everyday speech, it’s wrong. Thanks to the editor I hired for my first book, North Pole High: A Rebel Without a Claus, I learned that “like” is a preposition, to be used when no verb follows it, as in “I hopped onto Daddy’s knee like a kid in a department store.” My previous example, then, became, “The sad little polar bear looked as if he hadn’t bathed in a week.”

If the incorrect usage has become the norm, then it shouldn’t matter, right? In fact, I may want my book’s narration to have an informal tone. And that’s okay. An editor hired by you, rather than one assigned by a traditional publisher, is on your side. She won’t demand changes to your manuscript the way movie producers do with screenplays to accommodate budgets or cast. You are paying the editor to point out possible flaws in your work so you can correct them as needed.

Some editorial decisions you make, with your editor’s more knowledgeable guidance, will come down to a question of style. A good editor will not try to rewrite your work or change your voice. At the end of the day, the final word choice is yours, but you’ll be smart to consider your editor’s advice.

My book has received mostly glowing reviews, but even the rare exceptions were not able to complain about my spelling or grammar. I would hate to hear what critics might have said about my first draft. 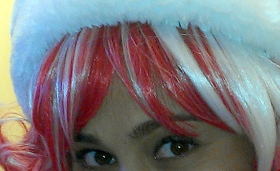 Candace Jane Kringle is a junior at North Pole High. She likes candy canes, unicorn races, and making snow angels. Her father is the most well-known and beloved toymaker and toy distributor in the world. Her memoir, North Pole High: A Rebel Without a Claus, is her first book, which was edited by Susan Mary Malone  and proofread by Mr. Polar Bear, a polar bear. 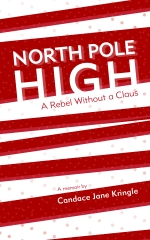 Tags:
Comments: Comments Off on The Importance of Using a Professional Editor When Self-Publishing Your Novel